Common Drug Administration and their Characteristics

Oral tablets and capsules are administered orally, and it is the most commonly used route of administration. Its advantages are convenient, economical, and safe for most patients and drugs. Its shortcomings are slow absorption and irregularity, and it is easily affected by gastrointestinal contents, gastrointestinal motility. Additionally, oral medications must first pass through the liver. If the liver has a strong metabolic capacity or a large amount of excretion from the bile, the amount of effective drug that enters the systemic blood circulation is significantly reduced. It is not suitable for coma, vomiting, convulsions, and acute patients. In addition, drugs that are easily destroyed by digestive enzymes are not suitable for oral administration. 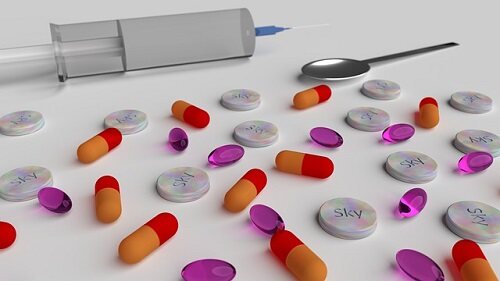 Compared with oral route, injection administration is much more complete, rapid, effective, and accurate, but less economical, convenient, and safer.

Drugs with higher fat solubility and smaller dosage can be administered by sublingual administration. The drug is absorbed by the sublingual mucosa but has a small absorption area.

The drug is applied to the surface of the skin or mucous membranes. Most drugs exert local effects, and some drugs can exert systemic effects.